The Subspecialty of Maternal and Foetal Medicine at the University of the Witwatersrand
- A Journey though time and a vision for the future The department of Obstetrics and Gynaecology at the University of the Witwatersrand is one of the busiest departments in South Africa. The clinical departments of Obstetrics and Gynaecology around the province provide an invaluable service both for the wellbeing of our patients but also for the teaching and training of our young students and doctors.

An important factor contributing to the large numbers of patients and deliveries we perform in our province is the fact that Gauteng is the most populated province in South Africa. In addition the proximity of our Province and our large Academic Hospitals to our neighbouring countries results in people from these countries seeking advanced medical care here.

As a direct result of overpopulation and ever increasing numbers of patients seeking care in the already busy academic hospitals, the numbers of cases that proceed to litigation for medical negligence in our Province has grown by so much that the billions of Rands that need to be redirected for the payment of these cases are preventing our hospitals from investing in manpower and technological advancements to improve service delivery and teaching.

Currently there is a moratorium prohibiting the appointment of new doctors in the foreseeable future in an attempt to “save” money to pay for all the cases of negligence. This no doubt will exacerbate the problem even further.


The three out of the four areas are directly related to obstetrics and obstetric care.

For the situation to improve, one has to look at the problem areas have been identified, put plans into place to improve the situation, monitor the performance of these plans and produce provincial and national guidelines to be implemented in every department of Obstetrics.

Need for EFFECTIVE SCREENING to identify the women at high-risk.
The subspecialty of Maternal and Fetal Medicine (MFM) is the discipline best suited for this.

I would like to use an example here to illustrate how the subspecialty of MFM has made a big difference both in improving service delivery, saving the province money and in keeping up with international trends of good clinical care.

International societies, and in particular the Fetal Medicine Foundation in the United Kingdom, recommended that every pregnant patient should have screening for Down’s syndrome in the first trimester and only have counselling for an invasive diagnostic test such as a Chorionic Villus Sampling (CVS) or Amniocentesis not based on their age but based on sonographic features (markers) that are known to be associated with Down’s syndrome. The National Health Laboratory Service, despite our recommendations, refused to change the traditional counselling they offered to patients which meant that every patient older than 35years should consider an amniocentesis.

We performed a study to assess whether such screening would be feasible or even possible in a busy department such as the Department of Obstetrics and Gynecology at CHBH.

The results (see slide below) were very clear and convincing that there was a clear need to change the “traditional” way the NHLS wanted us to screen for Down’s syndrome. In our study we performed 24 CVS’s and were able to identify 8/9 foetuses with Down’s syndrome. If we were to screen by advanced maternal age (>35years) we would have performed 120 procedures to identify about 50% of babies with Down’s syndrome, since the other 50% would have been born to mother’s younger than 35 and would have been missed. This study demonstrates how we were able to improve the service provided and by doing so we saved the hospital large amounts of money by performing less procedures.

I believe the subspecialty in MFM can be instrumental in addressing a multitude of problems that, as with the screening of Down’s syndrome, need rethinking and require changing of old practices.

Obstetricians in private practice are expected to pay large amounts of money to medical insurance companies such as the Medical Protection Society (MPS) to defend them in the eventuality of litigation being instituted against them.

Obstetricians were paying R76 130.00 in 2006 for medical indemnity insurance. Twelve years later, in 2018, they are paying close to 1 million Rand per annum.

In a recent communique, the Medical Protection Society shared with the Obstetrics and Gynaecology Societies in South Africa the two most significant reasons with regards to the ever increasing number of litigations against Obstetricians:

We know that the majority of cases with CP are due to prematurity. The obvious question then is: have we done enough to assess the issue of prematurity in our country? The answer is a definite NO.
Prematurity occurs mainly because of Preeclampsia and Preterm Spontaneous Labour and Delivery.

Recent literature suggests that screening for both preterm labour and preeclampsia is possible from the first trimester and with appropriate intervention we can make a big difference in the outcomes of these pregnancies. We should therefore be offering routine screening for these condition from the first trimester. In patients who screen positive for preeclampsia, administration of 150mg Aspirin can reduce the onset of severe early onset preeclampsia by more than 80%. Is there such a policy for screening in place in South Africa? Again the answer is no.
We have implemented a screening program in our centre (see slide 2) with great success without adding extra burden on our limited resources.

I am very encouraged by the fact that our University is looking at the subspecialties in Obstetrics and Gynaecology with renewed interest.

The Maternal and Fetal Medicine Centre at the Chris Hani Baragwanath Hospital and the Morningside Mediclinic has gone from strength to strength in the past 15years. We have one of the best units in the country and the African Continent and many thousands of patients and their babies have benefitted from our services.
Hundreds of students, interns, registrars, specialists and subspecialists were taught and trained in our unit. We are affiliated with the Foetal Medicine Foundation in the U.K and we have an exchange training program with the FMF. Recently we have embarked on a foetal surgery program where in-utero procedures on foetuses with severe life threatening conditions will be performed before delivery to improve outcome and quality of life.

Our unit is accredited by the HPCSA for training in the subspecialty. I am the academic head of the subspecialty at the University of the Witwatersrand, and I am a senior examiner with the Colleges of Medicine of South Africa. I am the current treasurer of the Society of Ultrasound in Obstetrics and Gynaecology, a past president of the Maternal and Foetal Medicine Society of South Africa, a senior member of SASOGs experts’ panel on Expert Opinion and Mediation Committee, a qualified and registered mediator, and have been directly involved with the development of protocols as part of the national “Better Obs” initiative.
I am the convener of the SASUOG 2019 International Congress that will take place in Johannesburg in October 2019 in association with the FMF (UK) and the International Society of Ultrasound in Obstetrics and Gynaecology (ISUOG).

Admittedly old habits and mindsets are difficult to change. Some parties have vested interests in not allowing the process of change and forward thinking to take root. Equally there will be other parties that will nurture and support this change. It is a process that for the sake of our country, both the public and the medical fraternity, has no choice but to succeed.

The Government and the University as significant stake holders, have an obligation to support the new process for the benefit of all our people.
Hopefully we will leave a legacy for the benefit of future generations in our country.

A few years ago at a meeting with a medical insurer, the doctors in their desperation asked for the medical insurance company for solutions to their problems, particularly they wanted to know how do they protect themselves against litigation . The insurer’s legal representatives shared with us that their mandate was not to find solutions for the doctors but for their company to stay “afloat”.

I believe now the time has come for us to provide these solutions. 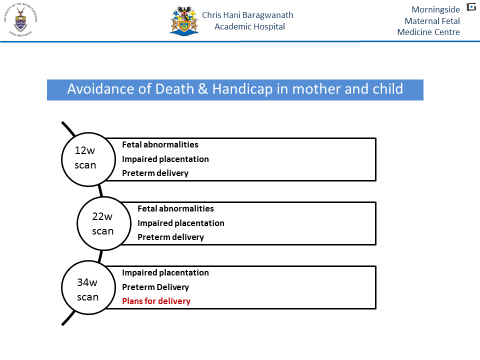